A Short Guide To Travel Insurance

How to lower your auto insurance premium?

Travel insurance protects holiday expenses against adverse events such as cancellation and interruption and also reimburses medical expenses, the loss or damage of property and transit delays.

Many millions of travellers and holiday makers purchase some form of insurance every year, but few people know really what it is and how it can be defined. If you know what is included, and what is not you will be able to make the most of your protection, and get reimbursed fairly.

There are four main categories of travel insurance:

Emergency evacuation: This garuantees emergency transportation to either a local hospital in the event that the traveller is unable to get there by themselves or back to a hospital near the traveller’s home town. If family members are covered on the same policy they can travel back home also.

Medical reasons: This reimburses emergency medical and dental costs. Nearly all holiday insurance plans work by reimbursing the traveller after they have paid locally for treatment. Claims are usually paid within 7 – 10 working days. Pre-existing medical conditions are covered by most policies if the policy is purchased within (at the most) 21 days from the date the traveller made the first payment or deposit.

Cancellation: Re-imbursement comes into effect if travellers have booked and paid for a holiday, but are unable to embark because of personal illness or injury, death (of the individual or of a family member), adverse weather conditions, transport strikes, terrorism, bankruptcy, sudden unemployment, jury duty or by sustaining serious damage to their home causing it to be uninhabitable due to fire or flooding.

Delay: This reimburses travellers for hotel, food or clothing expenses in the event of a flight delay. Some plans also cover costs associated with catching up with a cruise should another delay cause the traveller to miss embarkation.

Interruption: Insurance companies pay money to policy holders abroad if they have to cut short their trip due to illness, death (of the traveller or a family member), terrorism, weather, airline strikes, bankruptcy, sudden unemployment, and other adverse conditions which mean that, due to events outside the control of the holiday-maker, a trip has to be curtailed.

Accidental death – covers death or dismemberment at any time of your trip. Usually garuantees the lowest amount of coverage due to a higher risk

Air Flight accident – this covers death or dismemberment during an air flight only. Usually garuantees the highest amount of coverage due to fairly low likelihood of this occurring.

Common carrier – Covers death or dismemberment while travelling on public transport such as a plane, ferry, train bus or taxi.

Baggage loss – reimburses travellers for lost, stolen or damaged personal items. This coverage is usually restricted to the duration of the trip and not confined to baggage damaged or lost by the airline. There are two policy limits, total claim and per item maximum. Some policies also place limits on the type of items that can be claimed for – such as precious jewellery, laptops and sporting goods

Hire Car damage – This reimburses travellers for damage or loss to a rental vehicle. It is designed to allow the traveller to decline collision damage waiver (CDW) coverage offered by the car rental companies. Liability coverage should still be purchased through the car rental company. Rental Car Damage coverage is also often included with the credit card used to pay for the car rental which is often matches the coverage provided in the policy.

Assistance services – guarantees a 24-hour collect telephone advice and assistance service to travellers. This service can be used anytime a traveller needs advice. Make sure you keep a copy of this number in several places in your luggage or on your person when you move around. 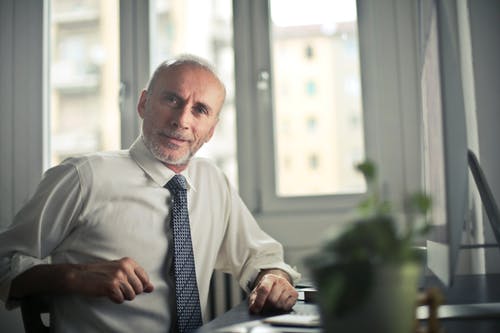 All About Senior Life Insurance

5 Ways To Choose The Best Travel Insurance For Your Holiday